Without belabouring the point I would like to ask you, dear read, to read these notes on two levels. The first level is regarding to your age. If you are young then see what you are preparing for and if you are old (however you define it) see the important role you still have to play. The second level is if you are tied to an old denomination, like the Presbyterian Church in Canada, read the notes with eyes to see the role we may still have to play even as we become expert at closing congregations and blind when it comes to how to plant new ones.

In his book A Resilient life: you can move ahead no matter what Gordon MacDonald is trying to do many things and one day I may write up a review of it. For today I want to direct our attention to an argument he makes from scripture that may give us a hopeful lens through which to view age.

He writes about Caleb (Joshua 14) who asks for the hill country, “I am eighty five, and I’m as strong as I was at forty-five.” I get the feeling that he said this in front of a score of young men who were maneuvering for easy assignments when it came to occupying the promised land. The hill country was full of walled cities and men who were rumoured to be giants. Who’d want to tackle that? The old guy did writes MacDonald, 65 himself.

What MacDonald is trying to point out is that there are people of a certain breed who can look upon all that has gone on in their lives as preparation. Their long stories can give them a sense of confidence and value. Rather than tired, worn out or “we already did our time” attitudes, Caleb offers us a model of “can-do” attitude, at eighty-five no less. If you are among the young and you really do attempt to shirk responsibility as MacDonald thinks may have been happening in the book of Joshua then I recommend you grow up post-haste, as they said in the olden days. If you are among the older generation how like Caleb do you feel? How much about your age is really attitude? 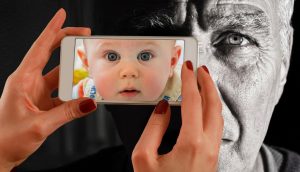 Eli is another good story of someone who hits their stride later in life. With many clear failures in his past, when his health has really begun to fail him, he manages to play a role in God’s plan by training up and caring for the young Samuel. Eli demonstrates an important humility and teaches that to the young Samuel. I like the model of Eli especially because I can imagine him feeling very worn out, despairing, useless, and my sense is that far too many of our people and for too many of our churches are feeling useless  these days, as thought heir best is obviously behind them. Can we foster an openness to God that will permit us to follow Him if he calls, tired as we are?

The point is that the bible doesn’t say that older folks have no role in the kingdom, good news if you are among them. Nor does the bible say that when you are going blind with age (and I don’t imagine I need to be labor the point that the PCC and many other older denominations are progressively losing their vision) your time of utility is over.

The bible depicts God’s strength and God’s ability to use any and all of us, old and young alike, if only we are willing to engage Him.

So next time you think you are too old, or your congregation is too old remember that God isn’t done with any of us until he calls us home.

If you or your church are engaging in inspiring “age-defying” activities why not leave a note so that others can hear and perhaps be inspired? 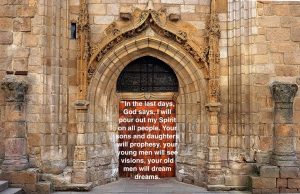 Previous
2 Books on Prayer & Writing
Next
Office Coffee VS. The Coffee Shop